In 2018 I was elected as a fellow of the Royal Historical Society and am currently a visiting fellow at the Changing Character of Warfare Centre, University of Oxford.

Publications include Breaking Point of the French army: the Nivelle Offensive of 1917 (2015) and Lawrence of Arabia (2011) among others.

II am a member of the Royal United Services Institute and am an external examiner for the Department of Defence Studies of King’s College, London (UK Joint Services Command and Staff College, Shrivenham).

In 2004 I became the first Irish scholar to be awarded a fellowship to the West Point Summer Seminar in Military History.

I welcome supervision in military history and strategic studies. At present I am supervising the following PhD candidates: 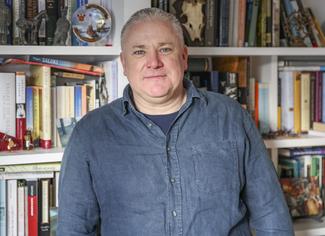